Fifteen-year-old Haley built a comfortable life for herself. She’s taken over her school’s failing newspaper and learned to navigate her dad’s armchair politics. All she wants to do is finish high school and make her absentee mom proud. But when her rival steals her meal and dies from food poisoning, Haley must reexamine her life.

With help from the strange boy next door, a popular theater kid, and the work of a reclusive author, Haley embarks on a quest to discover what it means to live.

I wrote this Young Adult novel to tap into growing up in a small New England town and set it against the national backdrop of the 2012 presidential election. Ebook and paperback additions available through Amazon and other online retailers. 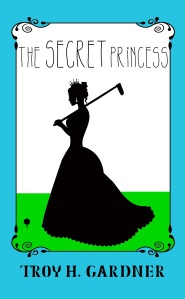 Welcome to the land of Gigglygoo, a mostly peaceful kingdom ruled by a kind king and queen. Besides its silly name, the biggest problem in Gigglygoo is the evil wizard. To escape the wizard’s curse, Princess Haley, still a baby, is snuck out of Gigglygoo by her uncle. On the trip, her uncle is turned into a monkey.

When they reach their destination, Haley is found by a farmer and his wife. Haley grows up on the farm without any idea of who she really is. But secrets can’t stay hidden forever. How will Haley’s life change when her real identity is revealed?

I wrote this children’s book because my nieces demanded I make them a one. There’s inside jokes aplenty, but I hope any family can enjoy the positive pro-golf message. Paperback and ebook available through Amazon. 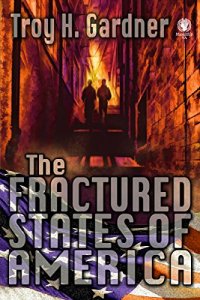 In a not too distant future, political polarization, religious intolerance, and social differences have splintered America into eight different countries.

Fleetwood Castor is a sixteen year old from New England who’s mostly concerned about passing the eleventh grade without any drama. After sucking down his morning energy drink, Fleet accidentally punches out a new kid, Gideon. Since Gideon is gay, their principal assumes Fleet is a homophobe, instead of just klutzy, so he proves otherwise by inviting Gideon over for dinner. Just as the family meal begins, armored men storm Fleet’s house and kidnap the two teens. They awake to find themselves unwilling participants in a maze with seven strangers from around the former United States. The maze is not only deep underground and built with walls made of salt, but it’s rigged with deadly traps. The mysterious terrorist organization behind the madness films their every move, broadcasting live to the world.

Rumer Golden is a seventeen-year-old girl from Western America who has been in love with heartthrob actor Cassian Booth for years. She’s so in love that she’s been filming him for weeks without his knowledge to create a documentary about his life. She even sneaks into his home for more footage when terrorists kidnap Cassian and throw him in the salt gauntlet with Fleet and the other teens. Rumer is the only person in the world with any footage of the kidnappers, and soon finds her life on the line as she must figure out who to trust and how to save Cassian (and the others, assuming there’s any time left).

I wrote this YA action novel, published by MuseItUp Publishing, before Brexit and the Three-Californias campaign as a wild “What If?” and suddenly wondered if I’m psychic after all… Nope. Ebook available at Amazon and other online retailers.

The intended six-part Mad World Series (co-written with Erin Callahan) kicks off with WAKEFIELD, originally published in 2012 and re-released in 2017, and continues in TUNNELVILLE. Get to know Astrid and Max as they adjust (or not) to institutional life for troubled teens. For more, check out the official site.

In this unauthorized book, author Troy H. Gardner casts an analytical eye on the Sleepaway Camp series, a horror franchise that has amassed a cult following.

Gardner calls upon a variety of film theory techniques to examine the iconic Angela Baker. Essays include close readings of the films, the Final Girl trope, the roles of water and the camp setting, character studies of Ricky and Judy, the horredy trend, and many more.

This fun collection is perfect for any Sleepaway Camp fan, film theorist, or horror lover.

Ebook and paperback available through Amazon and other retailers. 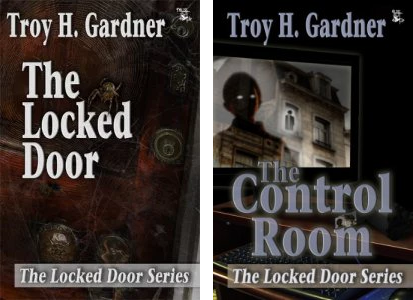 These standalone horror shorts are published through MuseItUp Publishing as part of their Locked Door series.

In The Locked Door, a realtor regrets going to work on her day off. Ebook readers can discover what’s behind the locked door at Amazon and other online retailers.

In The Control Room, a recent college graduate lands a sketchy job watching live footage from a supposedly haunted building. Ebook readers can discover what’s behind the locked door at Amazon and other online retailers.

Welcome to Evermore  Island, where fairy tale creatures work tirelessly to ensure holidays go off without a hitch. Dagfinn Snorkelbone is a woodland elf recently promoted to the Arbor Day Department, but he has higher career ambitions.

This series of lighthearted fantasy shorts is published through MuseItUp Publishing. Ebook readers can follow Dagfinn’s story at Amazon and other online retailers.